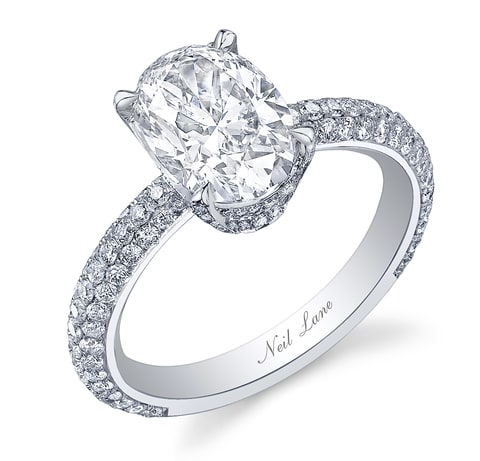 Millions of fans watched The Bachelorette JoJo Engagement Ring Proposal with great anticipation. The ring was a large diamond oval engagement ring given to her from Jordan Rodgers as he proposed on the season finale of The Bachelorette television show.  Amazingly enough, Jojo’s stunning engagement ring is similar in style to Ziamond’s Blake Lively Inspired Oval Engagement Ring as shown below.

The Bachelorette’s JoJo engagement ring was the talk of social media and is sure to become one of this year’s most sought after look.  Ziamond has all the engagement ring details so you too can get the same look for a lot less money. 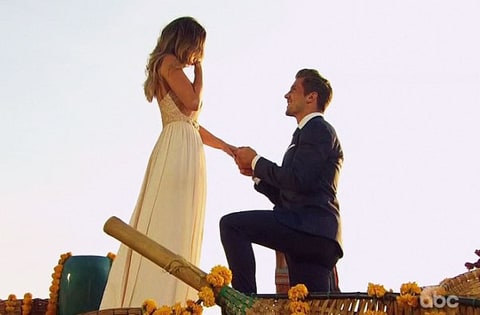 The Bachelorette JoJo Engagement Ring made by Neil Lane.

Fletcher, 25, admitted that she was in love with the former NFL player, 27, just before he got down on one knee and presented her with a diamond engagement ring weighing in at more than 3.5 carats on the season finale of the ABC reality show on Monday, August 1st.

The Neil Lane bling, picked out by Rodgers, features an oval-cut center stone and pavé diamonds along the band. According a source, the ring costs about $85,000.

“It was Jordan’s favorite from the minute he saw it,” the insider told Us Weekly. “She also loves it, and it’s one of the most unusual and rare cut stones to be seen on the show thus far.” 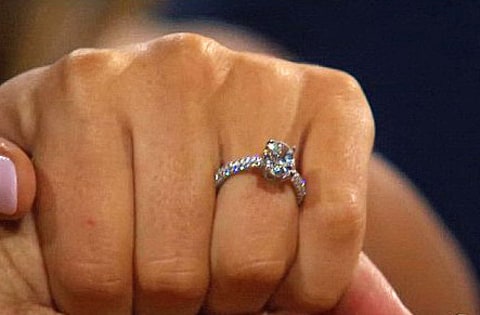 Rodgers made it official, declaring that that their love was as genuine as it gets. “It’s real, and it’s been real,” he said of their bond. “I love you so much, and I want to spend the rest of my life with you. Joelle Hannah Fletcher, will you marry me?”

After she accepted, the aspiring sports broadcaster told the Bachelorette, “Give me that hand!” The pair are still happily engaged, they revealed on After the Final Rose. Via usmagazine.com

Ziamond features a very similar ring to Jojo’s and it features a stunning 9 carat oval engagement ring that is available in your choice of smaller and larger carat sizes to suit every lifestyle. It can even be custom made with any shape center stone you would like.  Choose from luxurious platinum as The Bachelorette JoJo’s Engagement Ring or 14k white gold, 14k yellow gold or 14k rose gold.  This engagement ring is also available as a set with a matching wedding band that features the same micro pave set styling that is simply breathtaking!  The micro pave set Ziamond cubic zirconia line three quarters of the way around the shank.  Get the same solid gold or platinum mounting coupled with the best possible diamond alternative for thousands less!  Save a ton of money and wear the hottest new celebrity look worn by Blake Lively and now seen again by Bachelorette JoJo.